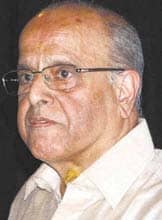 The clause recommending mandatory teaching of Hindi in all schools was dropped from the draft National Education Policy on Monday, after the Union government faced an intense backlash from Tamil Nadu and protests from other States.

However, the revised draft — uploaded by the Human Resource Development Ministry in the morning — retains the recommendation to introduce a three-language formula from Class 1, merely having removed the clause stipulating the specific languages that students must choose.

The revision was not effected by the Central government but by the committee drafting the policy, headed by former ISRO Chairman K. Kasturirangan.