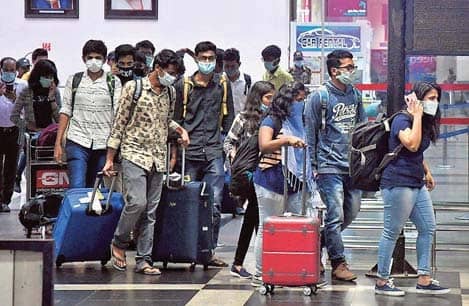 Airlines blame language of different advisories banning entry of passengers for the confusion at various airports.

Many Indians have been left stranded in different parts of the world owing to airlines “misinterpreting” travel advisories issued by the government, according to a senior official of the Ministry of External Affairs.

However, several airlines operating on international routes assert that the circulars lacked clarity, causing utter confusion on the ground.

“Atleast 20 Indians in London and 32 at Schiphol, Amsterdam, were left behind by airlines because of the misinterpretation of guidelines. Travel advisories barred the entry of passengers coming from Europe or the U.K., but airlines barred those who had travelled from Canada or the U.S. to these countries from boarding,” Dammu Ravi, Additional Secretary, Ministry of External Affairs, told The Hindu.