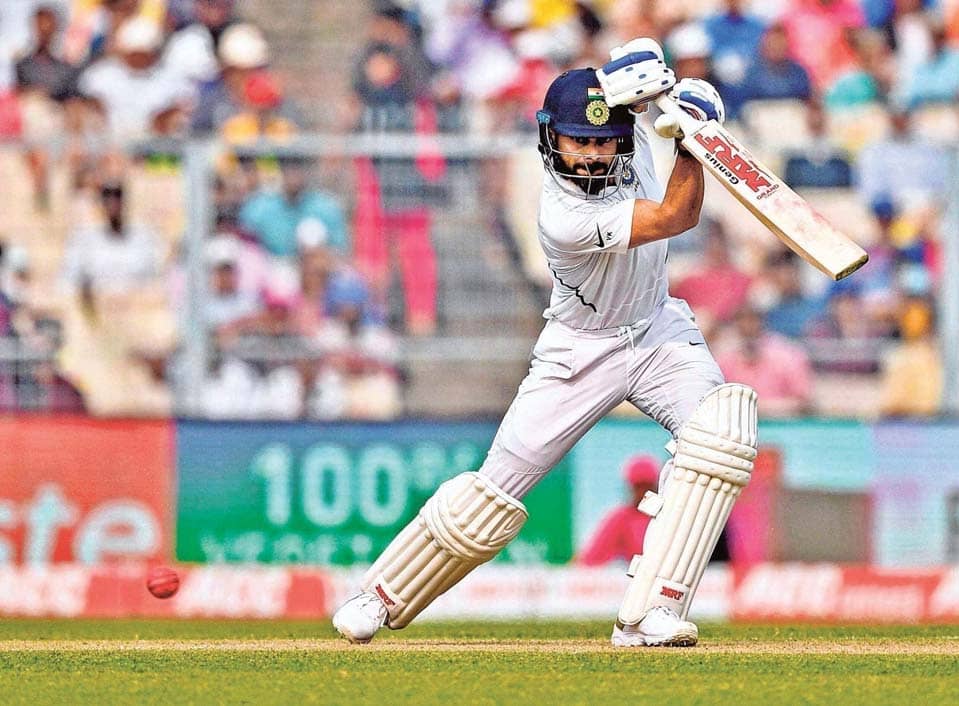 The former’s 136 and the latter’s four-for put India in a winning position; Mushfiqur’s defiant knock keeps the visitors afloat

Skipper Virat Kohli scored his 27th Test century — his 70th in International cricket — as India seized control of the second Test against Bangladesh at the Eden Gardens on Saturday.

Thanks to Kohli’s 136, India declared at 347 for nine after resuming at 174 for three — a 241-run first-innings lead — and dictated the course of the first-ever pinkball Test in the country.

Bangladesh rode on Mushfiqur Rahim’s fighting unbeaten 59 to partially recover from another disastrous start and was 152 for six at close on day two.

Earlier, the overnight batsmen Kohli and Ajinkya Rahane put on 99, the latter reaching his 21st half-century. The older pink ball, unlike the red one, was negotiated with ease by the two. Only after the ball was changed in the 55th over, the Bangladesh bowlers started to pose a threat.