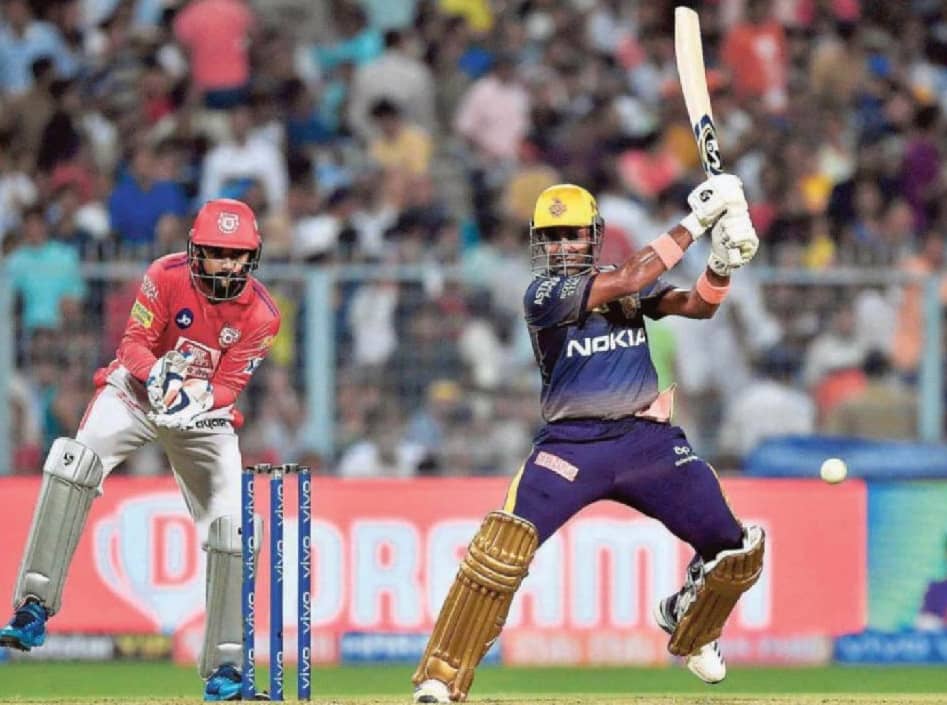 Rana, Uthappa and Russell take the game away from Kings XI Punjab with a mix of audacious and cautious batting.

Ruthless bludgeoning of the cricket ball by its three reliable musketeers — Nitish Rana, Robin Uthappa and Andre Russell — powered Kolkata Knight Riders to a crushing 28-run win over Kings XI Punjab in the Indian Premier League at the Eden Gardens here on Wednesday.

The trio’s fireworks spurred KKR to 218 for four, the highest total at the venue, and provided thorough entertainment to its 51,000 passionate supporters. In reply, KXIP managed 190 for four as KKR scored its second consecutive win at home before setting off on the road for its next encounter.

Sunil Narine returned to his favourite opening slot and unravelled the ‘mystery’ around KXIP’s costly buy — Varun Chakaravarthy. The spinner conceded 25 runs — including three sixes and a four — in his first over on debut to fetch KKR some early momentum.

After Chris Lynn — his ill-timed hoick off Mohd. Shami was well held by David Miller — and Narine fell in similar fashion, Uthappa (67 not out off 50) and Rana (63 off 34) took charge.