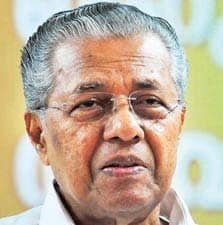 Kerala became the first State to join citizens across the country to challenge in the Supreme Court the constitutionality of the Citizenship Amendment Act (CAA), 2019, which fast-tracks grant of citizenship on the basis of religion.

The State has approached the Supreme Court nearly 15 days after the Assembly unanimously requested the Centre to abrogate the law on December 31, 2019.

And it comes just three days after the CAA came into effect on January 10.