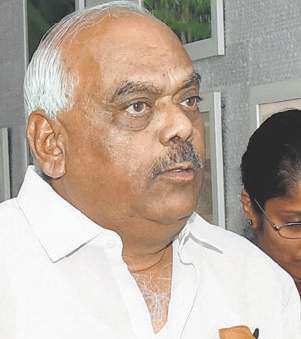 Rebels camping in Maharashtra say they will approach the Supreme Court

Ahead of the trust vote to be moved by Chief Minister B.S. Yediyurappa on Monday, Karnataka Assembly Speaker K.R. Ramesh Kumar disqualified 14 rebel MLAs on Sunday, taking the total number of disqualified MLAs to 17 in the last four days.

At a press conference, Mr. Ramesh Kumar announced the disqualification of 11 Congress rebels and 3 Janata Dal (Secular) legislators — all of whom abstained from the session during which former Chief Minister H.D. Kumaraswamy lost the trust vote — with immediate effect and till the end of the term of the 15th Assembly.