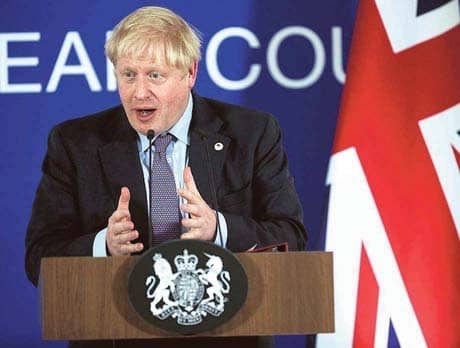 British Prime Minister Boris Johnson launched a charm offensive on Friday to sell his Brexit deal to sceptical MPs, with a looming vote in Parliament resting on a knife-edge.

The Conservative leader pulled offa major coup in agreeing to a new divorce deal with the EU on Thursday, paving the way for him to deliver his promise to leave the bloc on October 31.

But the agreement must still be approved by the House of Commons, which is meeting for the first time on a Saturday in 37 years to debate the text — and many MPs are strongly opposed.

Mr. Johnson told a Brussels press conference late on Thursday that he was “very confident” of getting the accord through — although analysts suggest the vote could be very tight.