Jamieson's Strikes Push India Onto The Back Foot 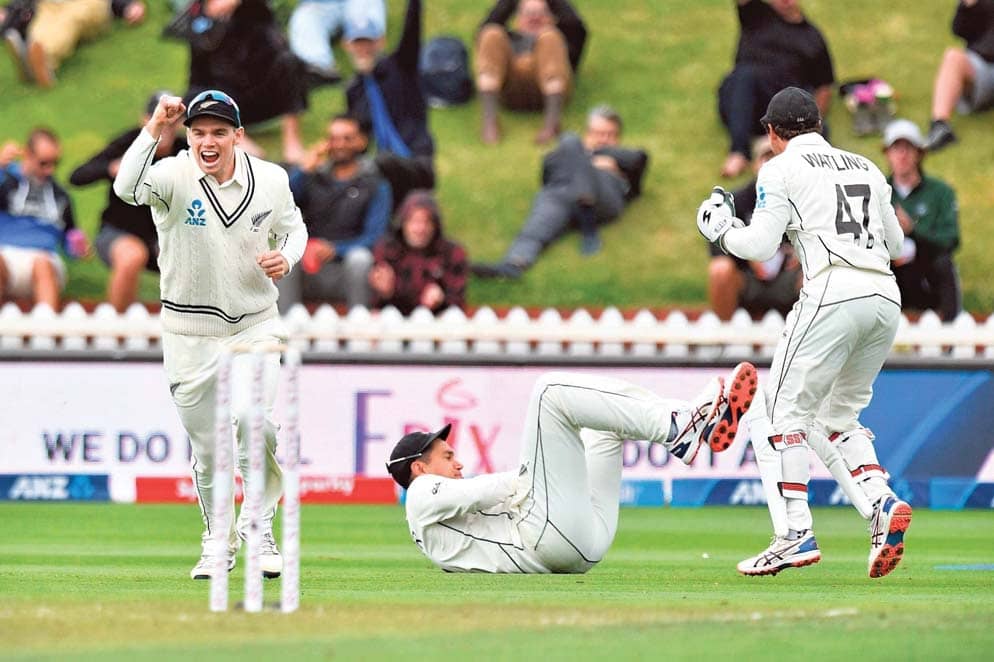 There was laughter all around when Kane Williamson chased his cap, blown away by the blustery wind, around the park.

But then, for most part the Kiwi skipper, with attacking field placements and smart bowling changes, had his finger on the pulse of the game at the Basin Reserve on Friday.

Before rain intervened after tea to end the opening day’s play before a goodly crowd, New Zealand had pushed India, 122 for five, onto the back-foot after winning the toss.

For India, Ajinkya Rahane (38 batting) showed some resistance. He shortened his back-lift and held the bat firm while playing against the wind; a straight-drive off Jamieson was the pick.