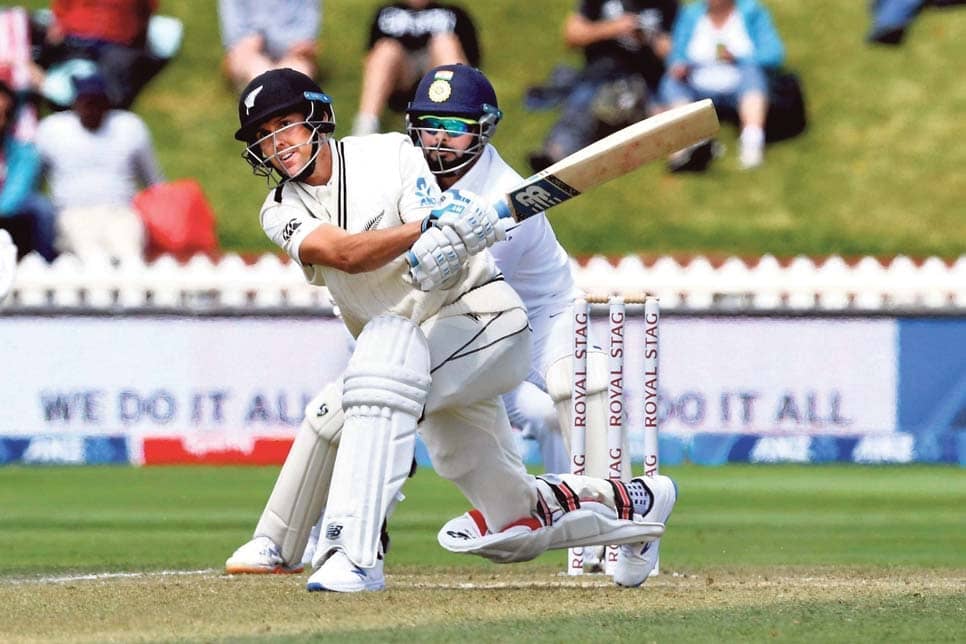 After a fine cameo with the bat, he strikes down three; Mayank does well again, Rahane digs in

In the morning, coming in as the last man, he danced around the crease to whip up a delightful cameo of innovation and unorthodoxy.

Trent Boult’s enterprising 38 extended New Zealand’s lead to 183, giving the hosts a psychological edge as they entered the Basin Reserve ground again on the third day of the first Test here on Sunday.

Then the left-arm swing bowler, rediscovering his rhythm, bowled a compelling spell, varying his pace, harnessing the angles and the wind, and controlling his movement on a pitch that had eased out.

He prised out Prithvi Shaw with a lifting delivery from round the wicket — a backward square-leg was precisely placed to pluck the fended ball — and then brought the sphere back into Cheteshwar Pujara, who shouldered arms and heard the sound of death.

Boult was not finished yet. Big fish Virat Kohli was just getting into his stride when he attempted to pull a quicker short ball from Boult and only succeeding in nicking to ’keeper B-J. Watling.