In T.N. Textbook, Bharathiar Gets A Saffron Hue 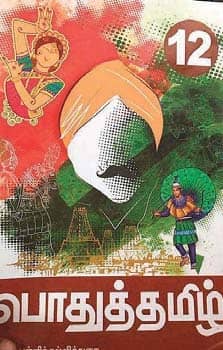 A subconscious attempt to alter the poet’s image among students, says DMK

An illustration depicting Tamil poet Subramania Bharati (Bharathiar) sporting a saffron turban — instead of his trademark white headgear — on the cover of the State Board class XII Tamil textbook has stirred up a controversy.

The General Tamil textbook was released by School Education Minister K.A. Sengottaiyan in the presence of Tamil Nadu Textbook and Educational Services Corporation Chairperson B. Valarmathi in Chennai.