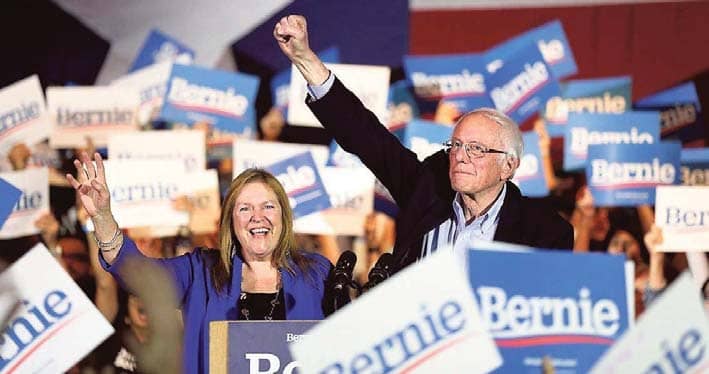 His triumph, after strong performances in Iowa & New Hampshire, makes him a front-runner in the race

Senator Bernie Sanders claimed a major victory in the Nevada caucuses on Saturday that demonstrated his broad appeal in the first racially diverse State in the presidential primary race and established him as the clear front-runner for the Democratic nomination.

In a significant show of force, Mr. Sanders, a liberal from Vermont, had a large lead over his nearest rivals in early tallies, and The Associated Press named him the winner on Saturday evening.

His triumph in Nevada, after strong performances in Iowa and New Hampshire, will propel him into next Saturday’s primary in South Carolina, and the Super Tuesday contests immediately thereafter, with a burst of momentum that may make it difficult for the still-fractured moderate wing of the party to slow his march.

Mr. Sanders, speaking to jubilant supporters in San Antonio, trumpeted what early results suggested would be a landslide victory.