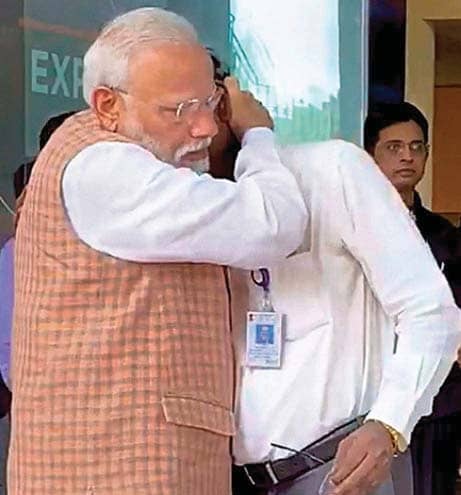 Increased horizontal velocity may have cast lander away, suggests scientist.

Hours after India’s dream of placing a lander spacecraft on the moon crashed on Saturday morning, Indian Space Research Organisation’s teams associated with the still orbiting Chandrayaan-2 mission were looking for clues in the last minutes of data from the lander Vikram.

The lander was to have set itself down on the moon's surface at 1.55 a.m. on Saturday. It had been descending for 12 minutes. However, three minutes before lunar touch down, it lost contact with the earth and went blank. It was 2.1 km above the moon’s surface then, ISRO said soon after it detected the setback around 2 a.m.