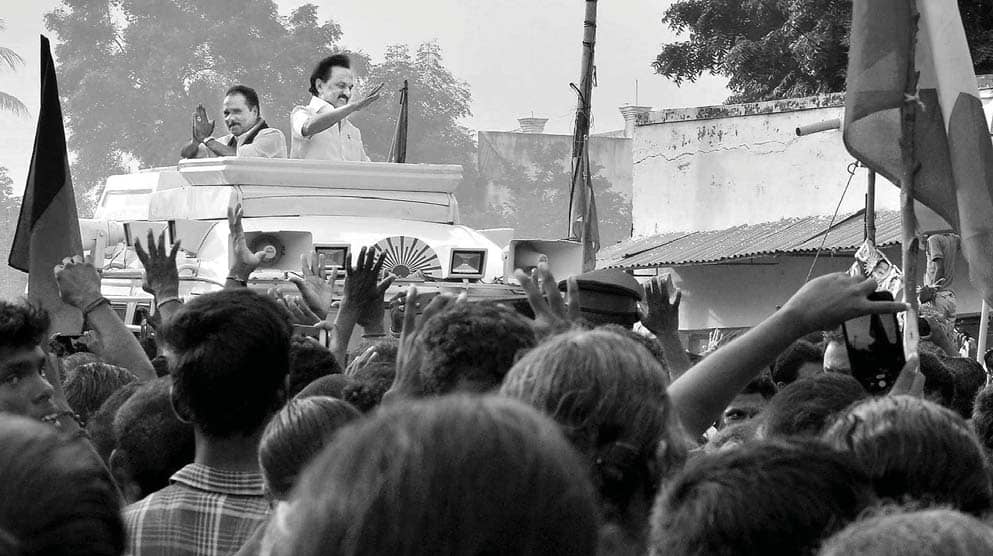 The curtain came down on the high-voltage campaigns in Nanguneri in Tirunelveli district and Vikravandi in Villupuram district on Saturday, ahead of the byelections to these constituencies on October 21.

Arch-rivals the AIADMK and the DMK hit the campaign trail hard, with party leaders trading barbs, charges and counter-charges in the run-up to the bypolls, which could give a hint on voter preferences for the next Assembly election in 2021.

While the AIADMK, led by Chief Minister Edappadi K. Palaniswami, roped in Ministers and senior party leaders, the DMK’s campaign was led by its president M.K. Stalin and his son and party youth wing leader Udhayanidhi Stalin.