Heartbreak For A Fighting Anand 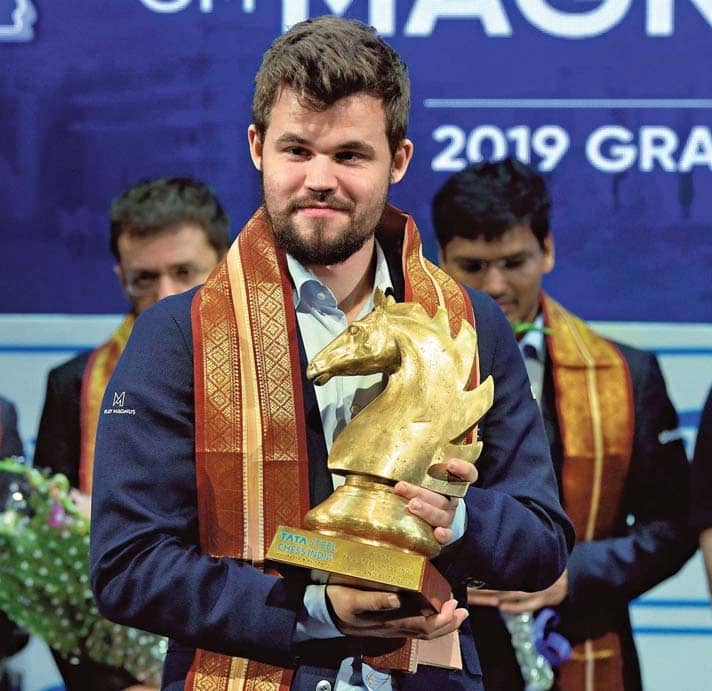 “By some strange irony, I remember this quote. “Failure I can handle. I’m okay with failure. It is the hope that is killing me.” That was what I was doing today. I would keep giving myself a chance and then destroy myself.”

These words from Viswanathan Anand pretty much summed up his play on the final day of the Tata Steel rapid and blitz tournament here. Anand missed by a whisker, a qualifying spot to the four-man Grand Chess Tour Final in London. He needed to finish sixth or higher. He ended up seventh.

Magnus Carlsen, troubled by an upset stomach that saw him even take a five move draw with Vidit Gujrathi at the start of the day, raced away with the title following a record tally of 27 points. He improved his previous record of 26.5 points set in the first event of the season.

“I am very happy with my performance here. The record suggests I am playing well in a strong field. After a good start to the year, I had not won anything. So this feels special in that sense,” said the champion after finishing four points clear of runner-up Hikaru Nakamura.