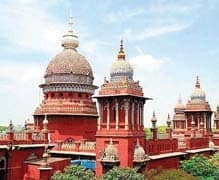 The Madras High Court on Friday dismissed a writ petition filed by Puducherry Chief Minister V. Narayanasamy challenging a decision taken by the President concurring with Lieutenant Governor Kiran Bedi, in favour of disbursing cash to ration cardholders instead of supplying them rice as resolved by the Council of Ministers of the Union Territory.

Justice C.V. Karthikeyan held that Mr. Narayanasamy could not question the order of the President, communicated through the Union Ministry of Home Affairs, since as CM he had taken an oath to bear true faith and allegiance to the Constitution and act in accordance with the Constitution and the law.

Pointing out that the Government of Union Territories Act, 1963, empowers the L-G to refer an issue to the President if he/she disagrees with the advice provided by the Council of Ministers, the judge said that the Act specifically states that a decision taken by the President, on such a reference, must be acted upon without posing any question or expecting an answer.