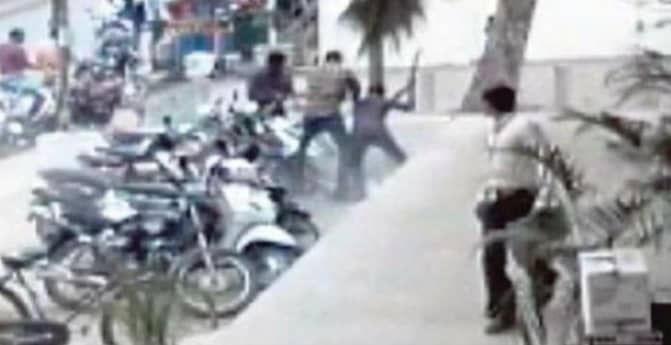 History-sheeters among the dead; revenge likely cause, say police

Four murders were reported in the city over Sunday and Monday, with the causes ranging from gang rivalry to property dispute.

A 30-year-old murder accused was hacked to death in broad daylight, in front of a college on the arterial Poonamalee High Road in Arumbakkam on Monday.

According to the police, Kumerasan, a resident of Choolaimedu, was the prime accused in a murder case three years ago. He and his associates were accused of murdering Yuvaraj.

On Monday, Kumerasan and his associates, all residents of Choolaimedu, were returning after appearing in court. They stopped near an eatery opposite D.G. Vaishnav College. The assailants led by Sagayam and ‘Pambu’ Vinodh came in two-wheelers and attacked Kumaresan with knives. He ran across the busy road. The assailants followed him and cornered him near the college. While the passersby watched in shock, the assailants left the place only after Kumerasan collapsed in a pool of blood.