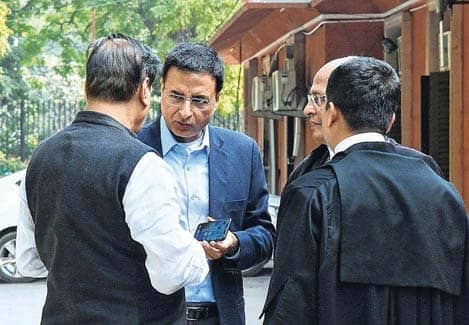 The Supreme Court on Sunday put on hold a plea for ordering a floor test in the Maharashtra Assembly till it examined records that might shed light on what led Governor Bhagat Singh Koshyari to invite BJP leader Devendra Fadnavis to form the government and later swear him in as the Chief Minister on November 23.

A three-judge Bench, led by Justice N.V. Ramana, requested Solicitor General Tushar Mehta, in his capacity as the Centre’s law officer, to place on record before the court, by 10.30 a.m. on November 25, the letter of Mr. Fadnavis to the Governor staking claim to form the government.

Mr. Mehta was also asked to produce the Governor’s order of November 23.

Though Mr. Mehta urged the court to give him time till Tuesday (November 26) to produce the documents, the Bench insisted he hand them over on Monday itself.