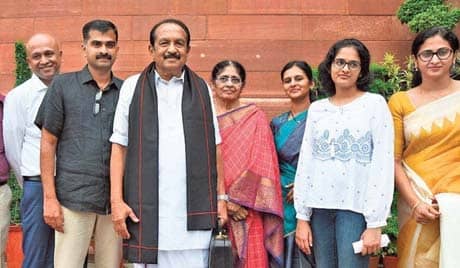 Five of the six persons who were recently elected to the Rajya Sabha were sworn in as members of the Upper House on Thursday. All of them took oath in Tamil.

Pattali Makkal Katchi (PMK) leader and former Minister Anbumani Ramadoss was not sworn in, since he was in Tamil Nadu to take part in the 80th birthday celebrations of his father and PMK founder S. Ramadoss, a party source said.