Fadnavis Sworn In As CM After Ajit Pawar Ditches Uncle 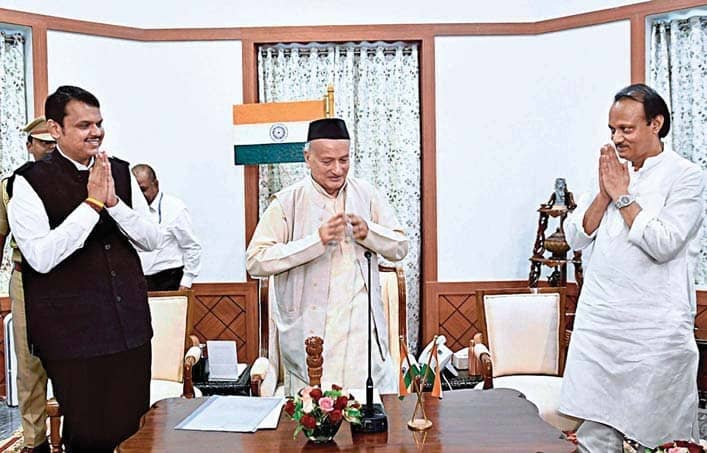 In a dramatic twist to political events in Maharashtra, the BJP’s Devendra Fadnavis was sworn in by Governor Bhagat Singh Koshyari as the next Chief Minister early on Saturday, along with Ajit Pawar of the Nationalist Congress Party (NCP) as his deputy.

Mr. Koshyari administered the oath of office to the two leaders at a closely guarded ceremony at the Raj Bhavan at 8 a.m., setting off political ripples across parties in the State.

Stung by the abrupt reversal in fortunes in less than 24 hours after Shiv Sena chief Uddhav Thackeray was declared the CM-designate of the Congress-NCP-Sena formation, the Sena approached the Supreme Court to quash the “arbitrary and malafide actions/decisions” of Mr. Koshyari in swearing in Mr. Fadnavis.