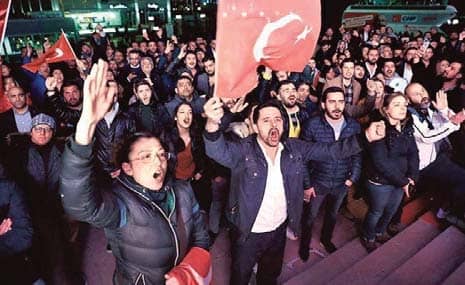 The Opposition won the capital, Ankara, a ruling party stronghold for decades, and was leading a tight race for Mayor in Istanbul, according to unofficial figures on Monday. The leader, who has dominated Turkish politics for 16 years, declared victory despite the Opposition gains.

Sunday’s local elections were widely seen as a gauge of support for Mr. Erdogan as the nation of 81 million faces a daunting economic recession with double-digit inflation, rising food prices and high unemployment. It was also a first test for Mr. Erdogan, who has been accused of increasingly authoritarian tendencies since stepping last year into a new presidential role with widely expanded powers.