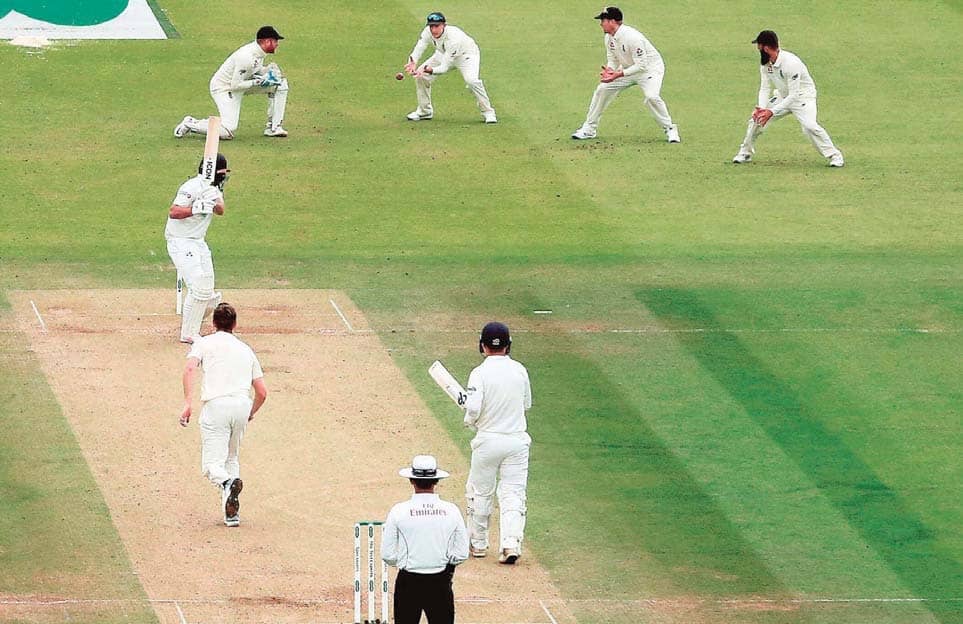 Woakes and Broad use optimum bowling conditions to skittle out the visitors for 38.

Ireland’s dream of pulling off one of the biggest shocks in the history of Test cricket by beating England at Lord’s was shattered as it collapsed to 38 all out to lose by 143 runs on Friday.

On a murky morning, Ireland made a dream start when Stuart Thompson ended England’s second innings on 303 with the first ball of the day, clean bowling Olly Stone to leave itself two days to knock off182 runs.

After a rain delay it began the chase in encouraging fashion, reaching 11 without loss, but the wheels fell off in spectacular fashion as it posted the lowest ever Test total at Lord’s, capitulating in 15.4 overs.