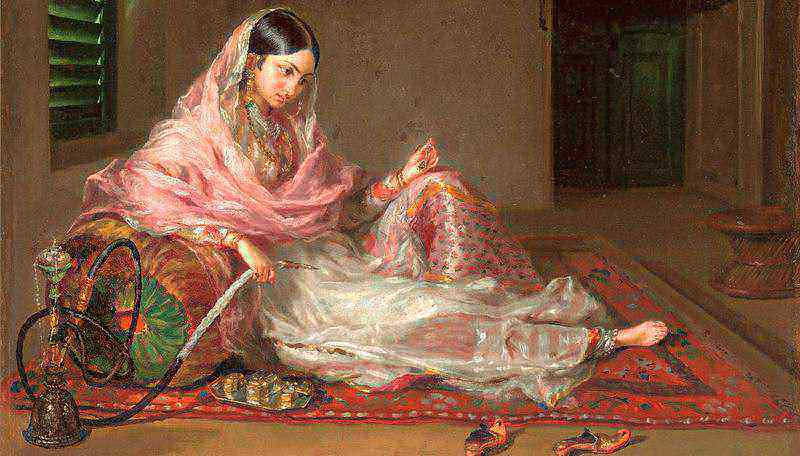 In stately colonial homes, hearty meals were invariably followed by the hookah and brandy-pawnee

Warren Hastings’ Calcutta was the uncrowned foundation of elite social life in India, for at least 200 years to come. The city’s dramatic transformation into a concentrated urban centre from a cluster of villages was amplified by its social gatherings.

Of the rituals that Robert Clive’s progeny adopted after the Battle of Plassey, hookah-smoking was a dominant one. Lord Macaulay had wanted to turn Indians ‘English in taste, in opinions, in morals and in intellect,’ but the British had gone native half a century earlier.

William Hickey, memoirist, who lived in India in the late 1770s and early 80s, wrote that in British Calcutta, going out of favour with the hookah implied going out of fashion. The hookah was an emblem of British integration into Indian culture as well as of their supremacy: with the employment of the hookahburdar (hookah bearer), smoking became a ritual of native subjugation and administrative status. British diplomat Philip Dormer Stanhope wrote in his Memoirs that even writers whose salaries did not exceed £200 a year employed hookahburdars.

An advertisement from 1792 for the sale of a hookah by a European firm in Calcutta, reads: ‘Elegant Hookah bottoms — urn-shaped, richly cut, with plates and mouthpieces’. Charles Bendysh’s inventory of 1675 mentions ‘Chamolet Hoake (sic) with a green baise’. Retired British army official Thomas Williamson’s accounts in The European in India (1813) report many European parvenus as being slaves to their hookahs. Williamson’s accounts were illustrated with engravings by Sir Charles D’Oyly, a British painter and official. His Tom Roe series features several scenes of hookah-smoking in private or public milieus, besides his paintings of the hookahs in his own drawing room in Patna. Paintings by the Italian painter Francesco Renaldi feature Bengali
women of fashion smoking the hookah.