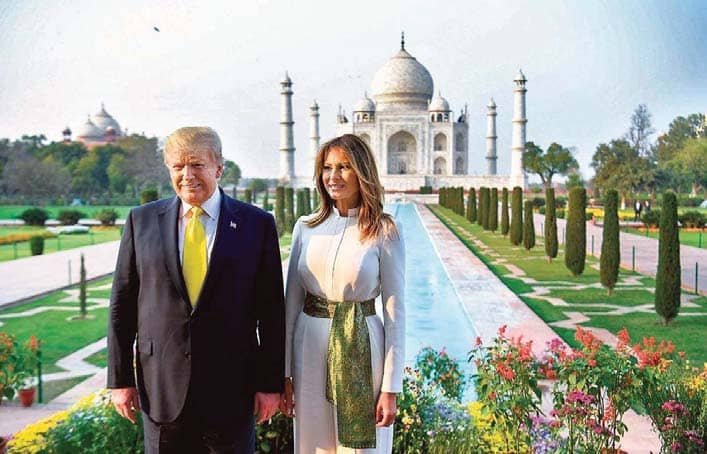 ‘Story of Indian nation is a tale of astounding progress, a miracle of democracy’

U.S. President Donald Trump, on his maiden two-day visit to India on Monday, heaped praise on Prime Minister Narendra Modi, calling him a “true friend”, and said his rise from a humble background as a tea-seller to India’s Prime Minister “underscores India’s limitless promise”.

Mr. Trump’s lavish praise, while addressing a mammoth crowd at the Motera stadium in Gujarat, reflected the bonhomie shared by the two leaders.

“Prime Minister Modi, you are not just the pride of Gujarat. You are living proof that with hard work and devotion Indians can accomplish anything, anything at all, anything they want,” Mr. Trump said, amid loud cheers from the audience at the mega ‘Namaste Trump’ event.