Despite HC Directive, Govt. Workers Stick To Their Guns 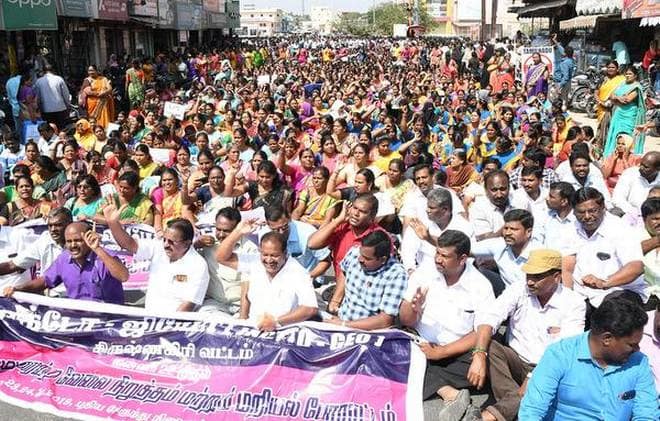 Despite the Madras High Court’s direction to return to work by January 25 and the State government’s warning of disciplinary action, the Joint Action Council of Tamil Nadu Teachers’ Organisations and Government Employees’ Organisations ( Jactto­Geo) on Thursday decided to continue its indefinite strike.

On Thursday, various government departments, including those of school and higher education, issued notices to the staff involved in the indefinite strike, asking them to return to work immediately. The striking teachers were told they won’t be paid for the period of agitation and will face disciplinary action as their strike was ‘illegal’.

The School Education Director, in his communication to Chief Educational Officers (CEOs), directed them to issue show cause notices to the striking staff, asking them to resume duty immediately, failing which disciplinary action would be initiated against them.