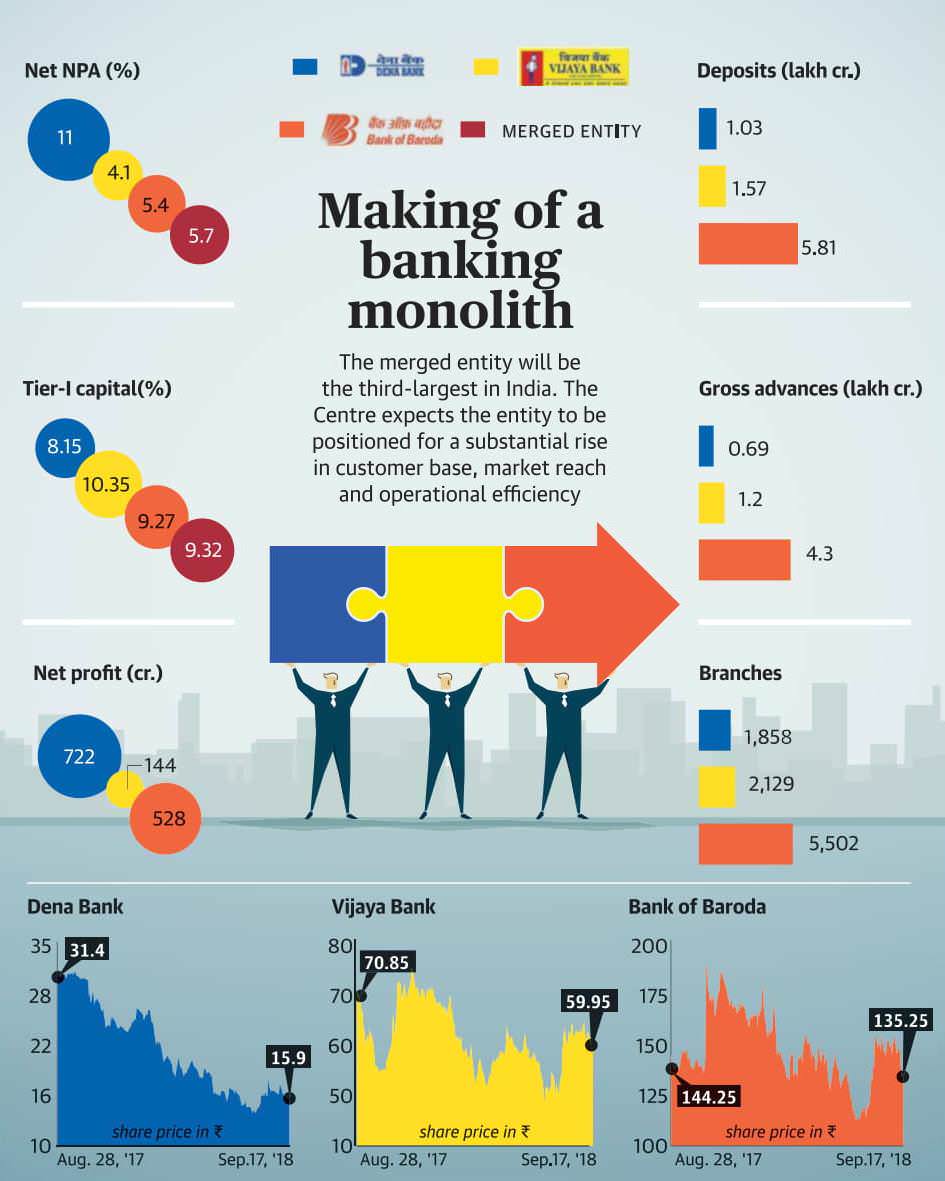 Aim is to create mega bank which will be sustainable, whose lending ability will be far higher: Jaitley

The government on Monday proposed the amalgamation of state­owned Bank of Baroda (BoB), Dena Bank and Vijaya Bank to create India’s third­largest bank. The move is part of the reforms initiated in the public sector banking segment.

The decision was taken at a meeting of a ministerial panel (called Alternative Mechanism), headed by Finance Minister Arun Jaitley, that oversees merger proposals of state­owned banks. The other members of the panel include Railways Minister Piyush Goyal and Defence Minister Nirmala Sitharaman.

“This major decision was taken by [the] Alternative Mechanism today to amalgamate Bank of Baroda, Dena Bank and Vijaya Bank. While making this suggestion, we have borne in mind that we don’t want a merger of what are relatively weak banks,” Mr. Jaitley said, adding, “You can have two well­performing banks absorbing a weak one in the amalgamation process and hopefully, creating a megabank which will be sustainable, whose lending ability will be far higher.”

The decision on amalgamating the three government banks follows the merger of the five associate banks of State Bank of India with itself. The government had also moved to offload its majority stake in IDBI Bank to Life Insurance Corporation of India.