Corporation takes up pothole repairs at over 1,000 locations 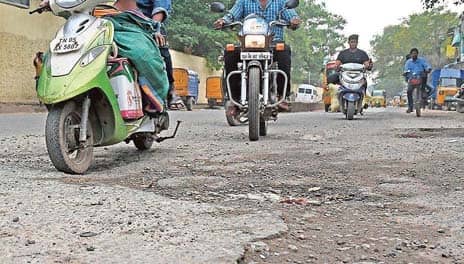 Pothole-ridden roads are nothing new for residents of north Chennai.

The Chennai Corporation recently identified potholes, and has taken up patchwork at more than 1,000 locations on non-bus route roads in the five zones.

According to officials, 1,386 locations on non-bus route roads were identified for repair works, with the area being 24,918 sq m. While work has been completed in the identified locations in two zones, patchwork is on in other areas.