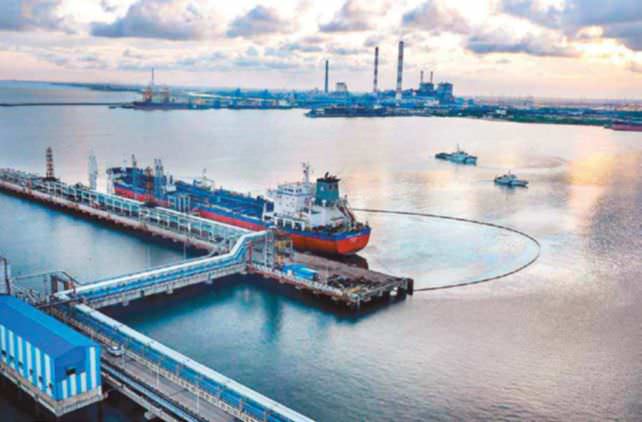 Owners of merchant ship responsible for oil spill may be penalised

The Indian Coast Guard continued cleanup operations at the Kamarajar Port in Ennore, where nearly two tonnes of oil leaked into the sea while being transferred from a merchant ship on Sunday morning.

The Coast Guard's dedicated pollution-control vessel, Samudra Pehredar, arrived at the port on Monday afternoon after being summoned from Visakhapatnam to help in the cleanup operations.

The ship was deployed at the site at around 3 p.m. on Monday.