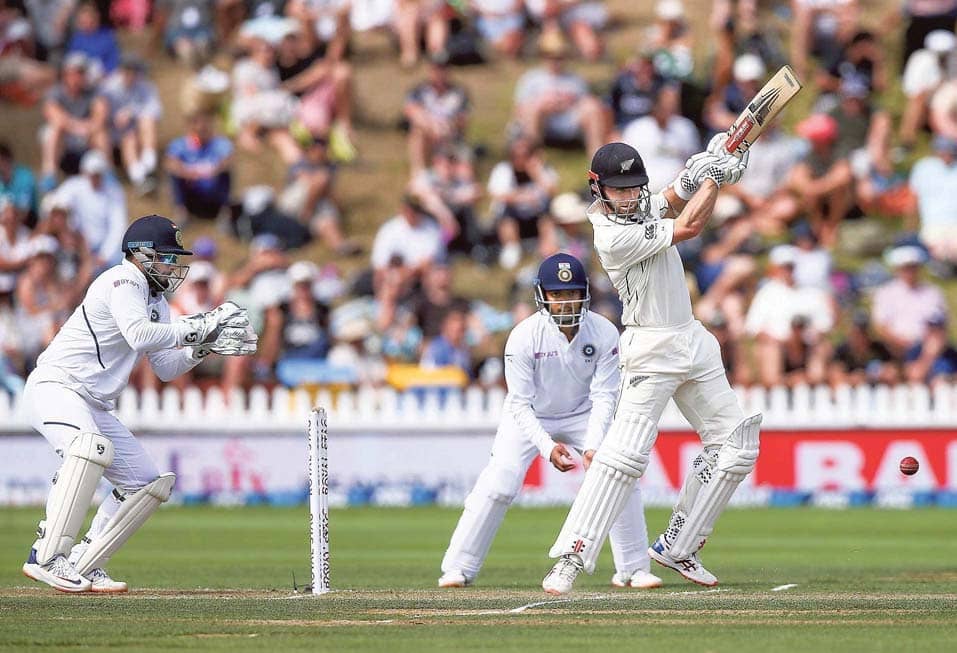 Ishant’s strikes keep India in the game; Taylor digs in with his skipper to raise 93 for the third wicket

Kane Williamson picked the length early and played the ball late like great batsmen do. He had the time to essay his shots and the timing to ease the ball between fielders.

Men such as Williamson play with the field, they open up gaps, disrupt bowlers’ rhythm, create opportunities. Yet, his innings on Saturday, the second day of the first Test at the Basin Reserve, ended in anticlimactic fashion.

His strength, the cover-drive, proving his undoing. Williamson could not keep his shot offseamer Mohammed Shami down and was held by substitute Ravindra Jadeja, diving forward. Nevertheless his 89 was an innings of quality and substance.

Yet credit to the Indians — dismissed for 165 — for fighting back. They hung in there, continued to keep attacking fields and hit back in the last session. New Zealand was 216 for five when play reached an early conclusion because of insufficient light.

Earlier, the host was coasting at 166 for two — a potentially huge lead in sight — when Ishant Sharma got a delivery to climb into Taylor (44), who, unable to keep the sphere down, was picked up by short-leg.