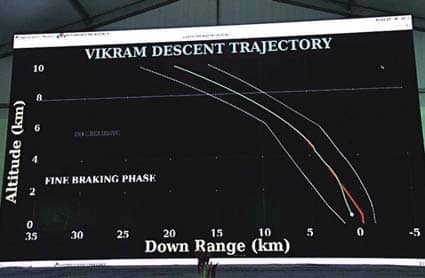 Chandrayaan-2’s lander Vikram has been located on the lunar surface and it must have been a hard-landing, ISRO Chairman K. Sivan said on Sunday.

“Yes, we have located the lander on the lunar surface. It must have been a hardlanding,” Dr. Sivan told PTI.

The image of the rover Pragyan, housed in the lander, was captured by the camera on the Chandrayaan-2 orbiter, which is safe and functioning normally in the intended orbit around the moon.

The orbiter camera is the highest resolution camera (0.3m) in any lunar mission so far.