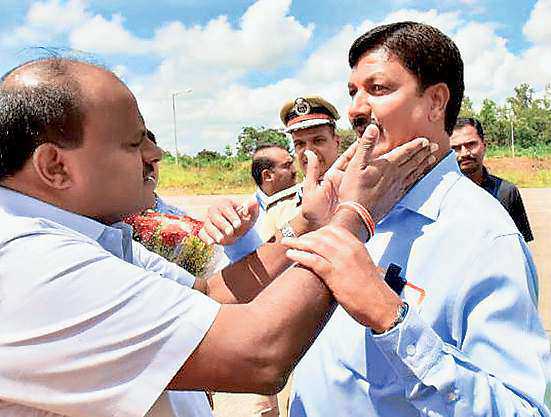 Kumaraswamy swings into action; meets Jarkiholi brothers who had raised a banner of revolt