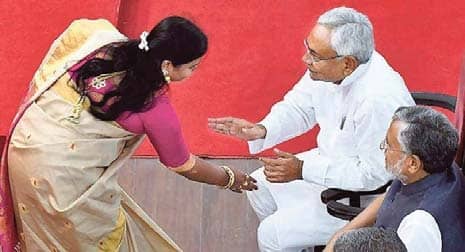 Bihar Chief Minister Nitish Kumar on Sunday expanded his Cabinet with the induction of eight new faces — all from his Janata Dal (United).

Members of allies, the BJP, and the LJP, were not accommodated.

Mr. Kumar later said that the BJP was offered a berth but the party was not too keen.

BJP opts out for now