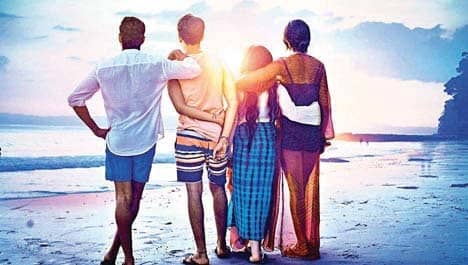 With 36% of its entire slate of films directed by women, it’s no surprise to find TIFF showcasing works of three women filmmakers in its pick of four Indian films — Geetu Mohandas’ Moothon, Shonali Bose’s The Sky Is Pink and Gitanjali Rao’s Bombay Rose.

Ms. Bose’s film is based on the real story of Aditi (Priyanka Chopra Jonas) and Niren Chaudhary (Farhan Akhtar) and their daughter Aisha (Zaira Wasim), a patient of SCID (Severe Combined Immune Deficiency), a genetic disorder in which one loses the ability to fight infections.