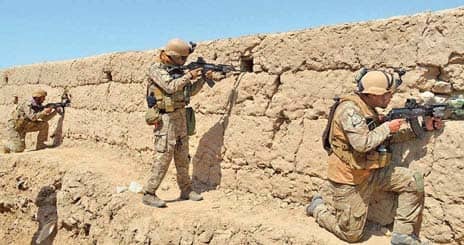 The Taliban said the U.S. “will be harmed more than anyone” but left the door open for future negotiations on Sunday after President Donald Trump abruptly announced that he had called off-year-long talks to end America’s longest war.

“We still... believe that the American side will come back to this position... Our fight for the past 18 years should have proven to the Americans that we will not be satisfied until we witness the complete end of the occupation,” the group said.