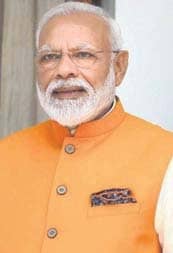 The contours of the new Modi government were clear after portfolios were announced for the Union Council of Ministers, with BJP national president Amit Shah being allotted the Home Ministry and former Foreign Secretary S. Jaishankar being made the External Affairs Minister. Both new faces immediately also became members of the Cabinet Committee on Security, the most powerful Cabinet sub-committee.

Change at the top