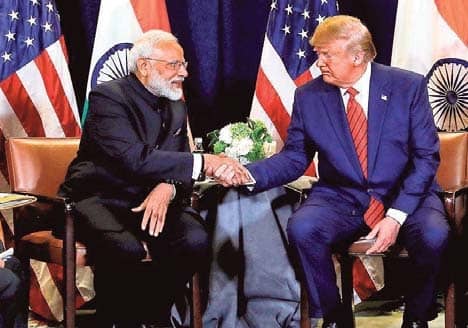 President keen on trip but impeachment process could influence the dates

Security and logistics teams from Washington are expected in Delhi this week to prepare for a possible visit by U.S. President Donald Trump, multiple sources have confirmed to The Hindu.

The visit, which has not yet been announced, would bring Mr. Trump to India a year after he declined an invitation to be the chief guest at the Republic Day celebrations, and will go ahead at the end of February as long as dates don’t need to be changed to accommodate the impeachment process in the Senate.