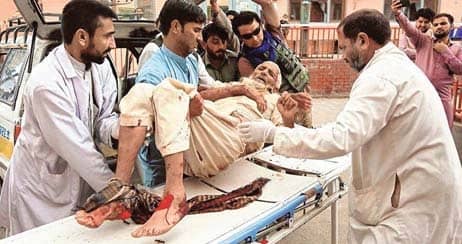 The explosion took place at a mosque during Friday prayers

At least 62 people were killed by a blast inside an Afghan mosque during Friday prayers, according to officials, a day after the United Nations said violence in the country had reached “unacceptable” levels.