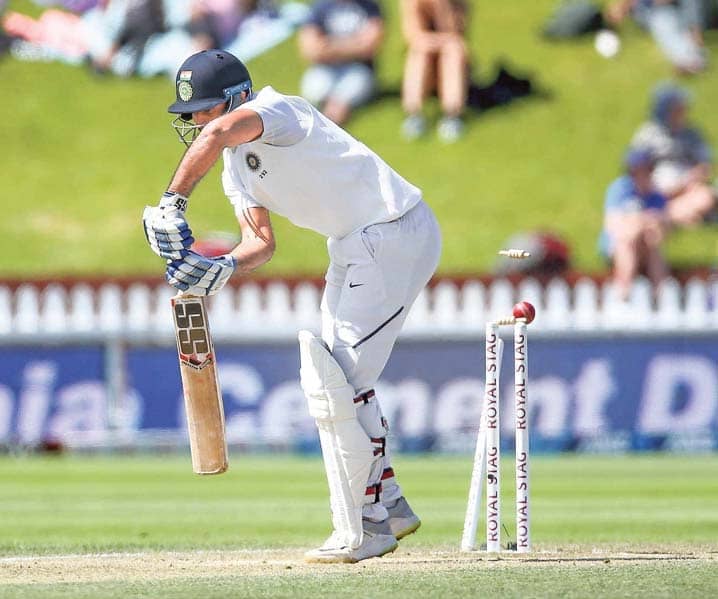 Southee and Boult combine to inflict an emphatic 10-wicket defeat on India, bring up a milestone win

And the feat, an emphatic 10-wicket win against fancied India, arrived in the 100th Test of one of New Zealand’s favorite cricketing sons, Ross Taylor. The icing on the cake really.

As for the Indians, they were blown away at windy Wellington.

Ruthless and clinical on the fourth morning of the first Test, New Zealand required just 16 overs to send back the last six Indian batsmen.

Tim Southee scalped five, and Boult four. Southee was adjudged Man-of-the-Match for his nine wickets in the match.

Four of the wickets on Monday were prised out with the old ball, then Southee scalped two in his first over with the new one as India hurtled to 191 all out.

Openers, Tom Latham and Tom Blundell knocked off the nine runs required without fuss. New Zealand had clinched the first Test, taking its points to 120 in the World Test Championship. India stays on 360.

The pitch offered some movement and the New Zealand attack posed searching questions, but the Indian batsmen could have put up greater resistance.

In the end, the surrender was meek and out of character for this team that prides itself on fighting till the very end.

The next Test is at Christchurch following a four-day gap. Coach Ravi Shastri is bound to have a tough talk with the boys.