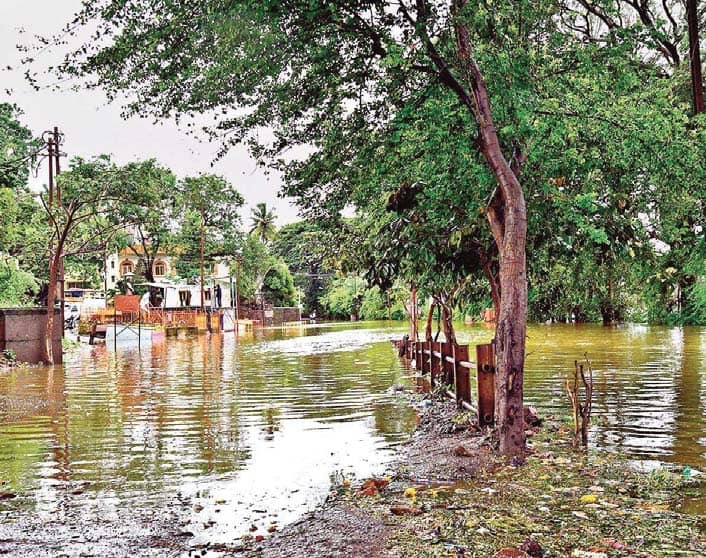 The spectre of floods hovers once more over Kolhapur and Sangli districts in western Maharashtra following incessant rain in the catchment areas throughout last week. This has resulted in a massive discharge of water from major dams, spiking the water level in the Panchganga river, which courses through Kolhapur, and the Krishna river that passes through Sangli.

Residents living in the vicinity of these rivers in the two districts have been asked to move to safer zones by the district administrations.

On Monday, Koyna dam (in neighbouring Satara district) was almost filled to the brim with its present water stock at 103.08 thousand million cubic feet (tmcft), while Warna dam in Kolhapur is filled to capacity, having a water stock of 34.05 tmcft.

Officials said despite showers considerably reducing in intensity on Monday, the discharge was still on from all major dams, including Koyna (45,681 cusecs till Monday evening), Radhanagari (4,256 cusecs), and Warna (13,368 cusecs).