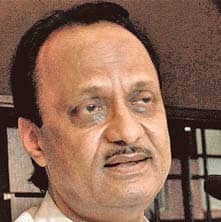 National Congress Party (NCP) leader and former deputy chief minister Ajit Pawar on Wednesday hit out at former Congressman Harshavardhan Patil, dismissing his allegations against the NCP’s alleged ‘ingratitude’ over the candidacy of the crucial Indapur Assembly segment as “baseless”.