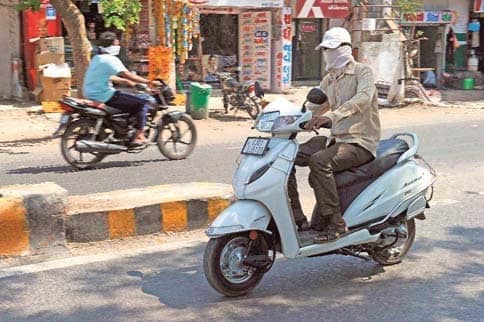 Amounts under Central law are only upper limits, penalty collection not our objective, says Rupani

The Bharatiya Janata Party (BJP)-ruled Gujarat government on Tuesday announced a drastic cut in the penalties for traffic violations even as the Centre is justifying the steep fine amounts under the amended Motor Vehicles (MV) Act.

On July 31, Parliament passed the Motor Vehicles (Amendment) Bill, 2019. But some States, especially those ruled by non-BJP parties, have opposed its stringent provisions and not implemented them yet.

The amended Central MV Act provides for a fine of 1,000 for driving a two wheeler without helmet; in Gujarat the fine will be 500, Chief Minister Vijay Rupani announced here. The penalty for the offence in the State currently is a mere 100.