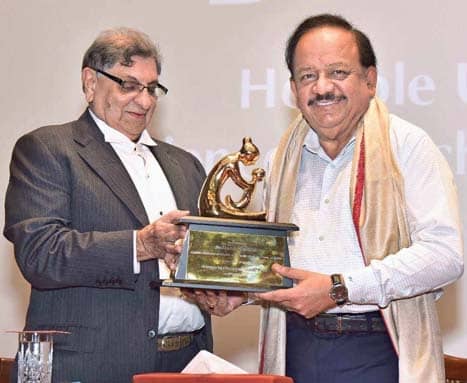 Union Health Minister Dr. Harsh Vardhan on Monday said the elimination of malaria is the top priority of the Indian government. Dr. Vardhan said there are several diseases on the government’s radar and malaria is one of them.

At the inauguration of Serum Institute of India’s new production facility in Pune, Dr. Vardhan said, “We are actively working on elimination of malaria just like are we are working to end tuberculosis. Leprosy, filariasis, kala-azar is also in the line and malaria elimination is the top priority.”