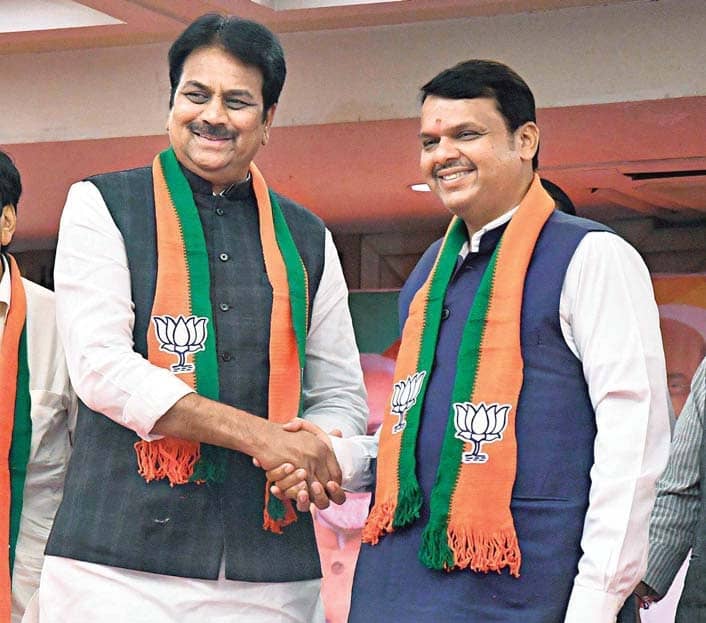 Harshavardhan Patil, Ganesh Naik will get the space they deserve: BJP State chief

The Bharatiya Janata Party (BJP) is in an advantageous position this election season with several Congress and Nationalist Congress Party (NCP) leaders switching loyalty to the saffron party.

On Wednesday, former Cabinet minister and Congress leader Harshavardhan Patil and Navi Mumbai strongman Ganesh Naik (NCP) joined the BJP in the presence of Chief Minister Devendra Fadnavis. With the entry of the two leaders, the BJP is hopeful of crossing the 220-mark it had set itself as a target for the Assembly elections due in October, Mr. Fadnavis said.

Announcing their exit from their parent parties, the two leaders said they believed that the problems of voters in their constituencies could only be solved by a BJP government at the Centre. “There is no other alternative left for us to get justice for the people of our constituencies,” they said.