The Amazon Fires, An Alarm That Lacks Proportion 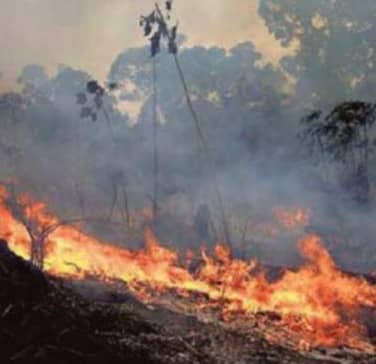 The effect of deforestation can be repaired slowly. Fossil fuel emissions cannot be put back into where they came from

The upsurge of global environmental anxiety over the recent spate of forest fires in the Amazon, apparently marking a renewed push to deforestation, is clearly testimony to the heightened awareness of the danger to human security represented by global warming. The provocatively anti-environmental and climate denial views of Brazil’s President, Jair Bolsonaro, and his colleagues, the reining in of environmental controls if not disabling them, the President’s initial air of unconcern, and his absurd counter-allegations regarding the causes, have all contributed to exacerbating this anxiety. Predictably, this has drawn the ire of environmentalists, and public and government opinion globally, though the global media has been more circumspect.

Unfortunately, in this confrontation, facts and scientific evidence have become collateral damage, obscuring in the hype some of the substantive challenges to global climate action. The confrontation is also in danger of skewing the global discourse on climate policy, opening the way for unprecedented pressure from developed countries on the global South.

What has been the overall contribution of deforestation and land use change to global carbon emissions? As the Intergovernmental Panel on Climate Change (IPCC) notes in its Fifth Assessment Report (AR5), the cumulative net addition of carbon to the earth system from terrestrial ecosystems since 1750 amounts to 30 Gigatonne (Gt) with an uncertainty of plus or minus 45 Gt. In the words of the IPCC in the AR5: “The net balance of all terrestrial ecosystems, those affected by land use change and the others, is thus close to neutral since 1750.”

The key word here is net. Though cumulative emissions from land-use change since 1750 amounted to almost 180 Gt, driven largely by the more than six-fold expansion of cropland, they were compensated by the 160 Gt of absorption by existing vegetation not subject to land use change. Fossil fuel use, in contrast, contributed 375 Gt since 1750, that is more than 12 times that of the net cumulative emissions from terrestrial ecosystems.

This pattern in carbon accounting also extends to annual emissions. On an average, the Global Carbon Project reports, fossil fuel emissions currently pump about 9.9 Gt of carbon annually into the atmosphere, while land-use change accounts for 1.5 Gt. But terrestrial ecosystems absorbed 3.8 Gt. Taking sources and sinks together, they are a net sink.