A Season Of Good Times For Drummers 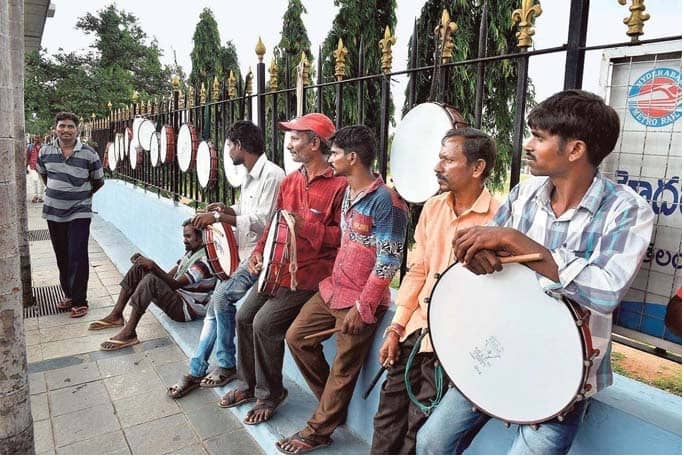 They arrive in city for Ganesha Nimajjan to make some money

The funeral drummers have become festive drummers. Bands of drummers from across the region are trooping into Hyderabad to make some money as part of the Ganesha Nimajjan this year. The sidewalk near the Parade Grounds has been turned into a parking area for these intrepid drummers.

“Usually we play the drum during Pochamma Jatara and funerals at our village. But for the past five years, we have been coming to the city to play drums during the Ganesha festival,” says Pochaiah, who has come from Bejgam in Gajwal on Saturday along with 11 other men. “We have been hired twice, and over the next few days, we expect to make good money,” he says.