Mishra Withdraws Plea In HC Against Disqualification As MLA 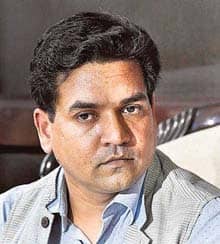 He had contended that the Speaker’s decision was ‘wholly illegal, arbitrary’.

Disqualified AAP MLA Kapil Mishra, who recently joined the BJP, on Wednesday withdrew from the High Court his plea against his disqualification from the Delhi Assembly under the anti-defection law.

On August 2, Speaker Ram Niwas Goel had disqualified Mr. Mishra from the Assembly for campaigning for the BJP and Prime Minister Narendra Modi in the Lok Sabha election and for sharing the stage with other leaders of that party at an event.

The Karawal Nagar legislator was disqualified with effect from January 27 for taking art in a BJP electioneering programme.