Govt. Gears Up To Manage Rush At Pollution Checking Centres 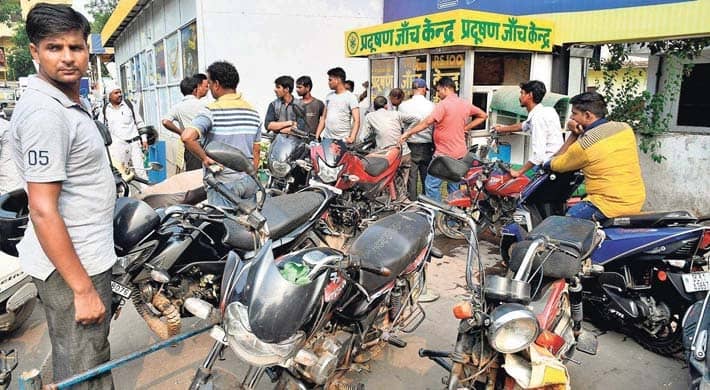 Over 900 facilities functioning from 7 a.m. to 10 p.m.; server capacity being increased

The Delhi government on Wednesday announced measures to reduce rush at pollution checking centres across the Capital after the implementation of the Motor Vehicles (Amendment) Act 2019, which, the government said it was still in the process of examining.

The government said that the Transport Department is taking various measures to deal with the rush at pollution checking centres. These include making 941 such facilities functional from 7 a.m. to 10 p.m and increasing the capacity of server, which earlier issued 3,200 online applications per hour, to 6,000 applications per hour.