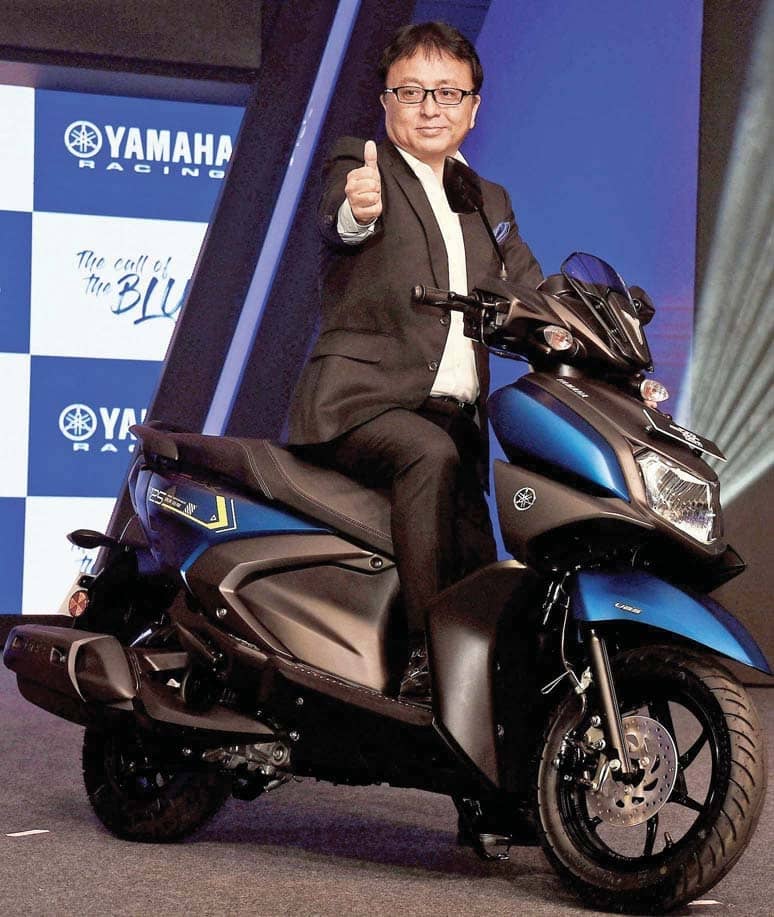 Development underway in Japan as part of the premium mobility vision

Motofumi Shitara smiles when asked if his company will go beyond the Fascino and Ray scooter brands for the Indian market. “There is a model (development) on at Japan…some interesting engineering is happening,” says the Chairman of Yamaha Motor India Group. All he can divulge for now is that this is part of the strategy for scooters in India, where the focus is on expanding the premium segment.

Clearly, Yamaha has not taken its eyes off India even while it has struggled over the last few decades. There have been inexplicable product detours but the strategy now is to stay committed to the premium space. This is where the new scooter(s) being developed in Japan are part of the plan to grow market share.

It was some weeks ago that Shitara and his team announced a product blitzkrieg for India that would comply with the new Bharat Stage-VI emission norms. In the process, the message that came through loud and clear was that the focus would now be completely different.

For instance, as Shitara says, Fascino was synonymous with fashion — which was fine as a differentiator, but there was really no point targeting women customers as the core customer base. “We can’t close the gates to men,” he reasons.

This meant that the Fascino had to go beyond just making a fashion statement in the scooter space. It also had to get a renewed fix on engineering and technology. “This is all about Yamaha performance to meet customer preferences…it is about differentiation with a host of technologies,” explains Shitara.

This is where the company is betting big on showcasing its competencies in the BS-VI era, both in scooters and motorcycles. “I think we are better prepared. Price is important in India but, in the future, customers will also seek high technology along with premium and sporty offerings,” he says.