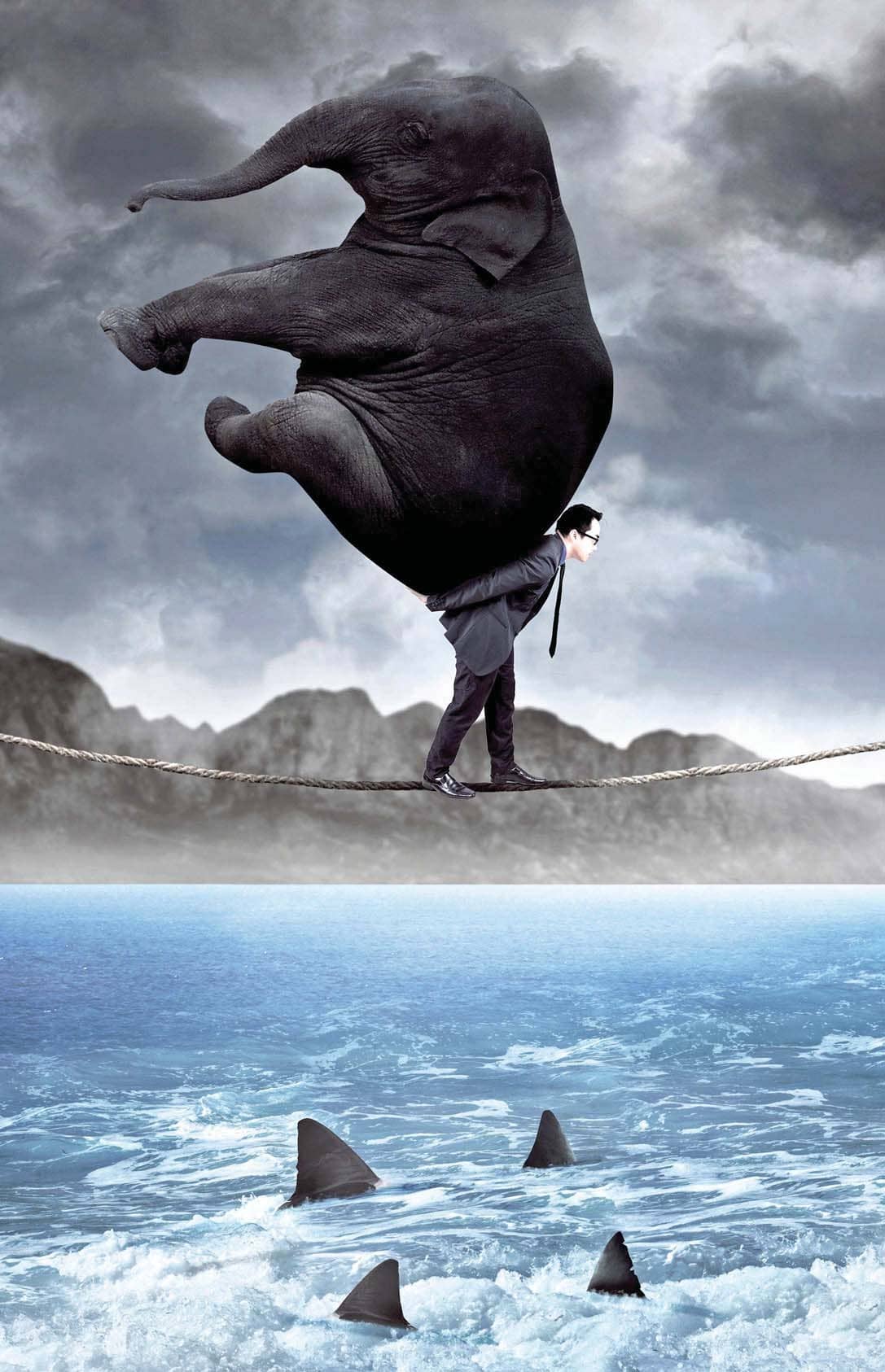 A mammoth task -The four shotgun weddings performed by the Centre may create colossal banks. But given their huge losses and fragile balance-sheets, the road ahead could be rocky.

There are some ideas that start out brilliant, fade away when not acted upon, then make a comeback when all else fails and are finally done to death with poor execution. The merging of public sector banks is one such idea. It was the Narasimham Committee that mooted the merger of public sector banks way back in 1991. The Centre’s recent big bank merger announcement — after the merger of SBI with its five associate banks two years ago, and Bank of Baroda with Dena Bank and Vijaya Bank last year — has finally made this a reality. But sadly, the good news ends here.

The Narasimham Committee had stated that mergers should emanate from bank boards, with the government as the common shareholder, playing a supportive role. Also, it had insisted that mergers should not be seen as a means of bailing out ‘weak banks’ but rather be between strong banks. Above all, such mergers can succeed only if they lead to rationalisation of workforce and branch network.

The mergers announced by the Centre — folding ten PSBs into four — meet none of these yardsticks.

After a tumultuous four to five years, nearly all PSBs are saddled with humongous losses, weak capital and fragile balance-sheets. Being the largest shareholder, the Centre has been throwing good taxpayers’ money into these banks every year, to bail out some of them.

But with the government running out of cash and ideas (such as recapitalisation bonds that involved ingenious financial engineering, wherein the Centre simply borrows from the banks to meet their capital requirements), it seems to have dug out the long-buried notion of bank consolidation to rescue the ailing PSBs.

But is the merger between weak banks to create mammoth institutions really the panacea for all the problems plaguing the banking sector? Can the Centre, by creating four gigantic banks, reboot the credit engine to drive the economy? We deep-dive into the balance sheets of these PSBs to get the answers.

The merged entities will be bigger banks with large balance-sheets, the Centre has argued. For instance, PNB’s current business (deposits plus advances) is around ₹11.8-lakh crore. Post-merger, the new entity will have a total business of nearly ₹18-lakh crore. Canara Bank too will see a 50 per cent jump in its business, post-merger.

In the case of Union Bank and Indian Bank, the bank’s business would double, post the merger. When the dust settles on the merger spectacle, there will be three more PSBs with business of ₹15-lakh crore and over, besides SBI, that are on a par or above large private players such as HDFC Bank and ICICI Bank.

But such simplistic line addition of loans and deposits alone may not create big institutions. After all, the need of the hour is for stronger institutions that can compete better, bring in greater scale and become huge credit engines. By that count, the major pitfall in these mergers is the marrying of weak banks.

Let us take the PNB merger. While the merged entity would rank second among PSBs, its balance-sheet could remain weak and fragile.