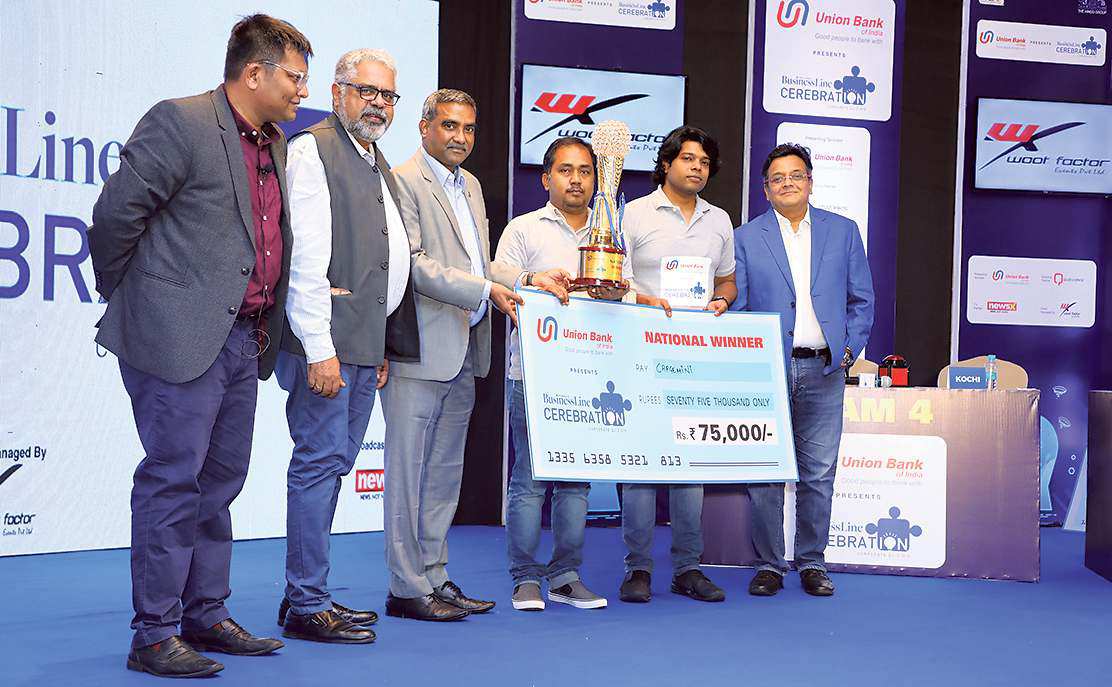 Rabi Sankar Saha and Sethu Madhavan, representing Cag­ pemini, emerged winners of the BusinessLine Cerebration Quiz, organised in association with Union Bank of India, in Mumbai on Saturday. The duo prevailed over ve other teams in the nal round.

The quiz, which is in its 17th year, is one of India’s toughest cor­ porate busi­ ness quizzes and received more than 900 registrations across elimination rounds in Delhi, Bengaluru, Kochi, Mumbai, Chennai and Hy­ derabad.

Saha and Madhavan ran up a good lead from the rst round itself and emerged win­ ners with a total of 70 points. Pranav Hari and Suhas Pai from IIT­Madras came a close second with 60 points, helped by a ourish of correct an­ swers in the nal, buzzer round.

Hari and Pai could have taken the title had they not ac­ cumulated 50 negative points for wrong answers. The win­ ning team was awarded prize money of 75,000.

Saha, who is a regular quizzer and had participated in the BL Cerebration quiz in 2014, said: “It’s been an exhilar­ating ex­perience. I will hope­ fully in­ vest some of the money that we have won today in books as we are regular quizzers, and as we know, quizzing has no syllabus.”