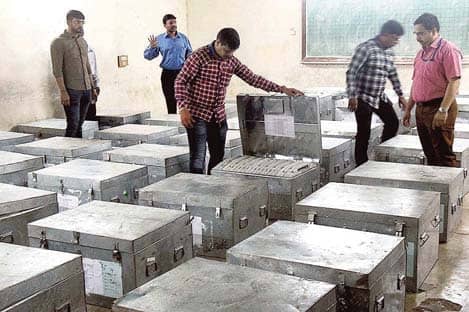 While the BJP is trying to get a single-handed majority on its own so that it does not require anyone’s support, even from its alliance partner Shiv Sena, Sharad Pawar’s Nationalist Congress Party (NCP) and the Congress are fighting for survival in the State politics.

With just two days to go for polling, election campaign has reached its peak in the State with Prime Minister Narendra Modi and his ministers leading the front for the BJP. Many central ministers and leaders have camped in Maharashtra to support Chief Minister Devendra Fadnavis. BJP’s partner Shiv Sena which is wary of BJP’s post-poll plans is trying to get maximum numbers to bargain in the post-poll scenario.